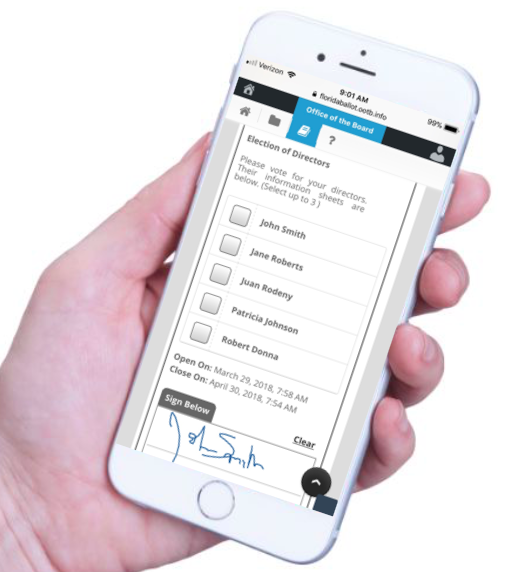 I have been representing condos and cooperatives for decades and I can’t remember the last annual owners’ meeting that was pleasant.  Either there was no quorum so business could not be legally conducted at the meeting and it turned into a purely informational meeting.  That happens a lot in larger associations like a 200 unit condo where generally over 100 units need to be represented at the meeting in person or by proxy for a quorum which is not easy.  Other meetings tend to be contentious because either boards are not communicating with owners during the year, or their owners are or pretend to be difficult people when they meet in person.  After a quorum is established and there is a vote for directors, tabulating the vote is a whole other challenge.  Will there be inspectors of the election and political bickering about that.  And then, once all the paper ballots are sorted through, the results are certified and announced.  By the time this is done at the meeting, everyone is tired and wants to go home and if the result is not to their liking, the animosity and calls for an election challenge or other complaints begin.

Electronic voting is a game changer.  In a society that lives on computers and mobile devices on the run nowadays, it is a perfect solution for associations who are permitted either by their state law or their bylaws to use.  States like Florida have a lot of large community associations where quorums are challenging and was confronted with complaints of fraudulent election practices, so it passed an electronic voting statute which is one of the most stringent in the country.

Most states that allow e-voting do not get into the details of what the e-voting solution has to do and what it can’t do.  Florida specifies for example that “For elections of the board of administration, [the e-voting solution must be] able to permanently separate any authentication or identifying information from the electronic election ballot, rendering it impossible to tie an election ballot to a specific unit owner.” Florida Statutes, Section 718.128.  Thus, when an owner votes, no one including the e-voting solution can tie the way someone voted in a ballot to an owner who voted.  A lot of solutions on the market can’t do this or other Florida e-voting requirements, so in Florida they cannot be adopted by associations.