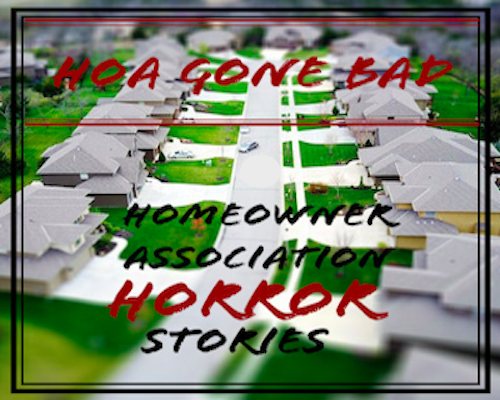 According to leading Florida law firm Siegfried, Rivera, Hyman, Lerner, De La Torre, Mars, Sobel, PA, “[a]fter the change in the laws governing condominium associations and HOAs last year focusing on antifraud measures and avoiding conflicts of interest among board members, Florida law enforcement has been issued a mandate to take cases of association fraud extremely seriously and give them the resources they deserve.” That’s exactly what happened with William and Darlene Cox, the former president and treasurer of Lantana Homes HOA.  They stole at least $360,000 from the HOA back in 2016.  This was eventually discovered by new board members when they took over and the work to keep the HOA afloat, seek reimbursement and prosecution of the thieving board members started.  Two years later, the HOA is still hurting.

The Coxes were found guilty at the end of this August.  William was sentenced to three years in state prison, and Darlene given five years of probation with the first year to be served with a house monitor.  The judge ordered restitution of more than $360,000, but the money is gone.

The new board is doing their best to make up for the theft and protect their HOA.  What they need though is organizational framework where each board member has access to the association’s records so that they can make sure this type of nefarious conduct never happens again. Without a framework around the HOA organization, effective oversight is impossible. The HOA also needs to make sure it is complying with all the new Florida laws governing HOAs like theirs.  This is difficult when you’re $360,000 in the hole.  Hopefully this HOA’s leadership will continue its good work and other Florida associations will learn through the HOAs pain that lack of organizational framework is not worth the risk.

Office of the Board – Instant Organizational Framework for Florida Condos & HOAs